Nick Kollerstrom on the 7/7 London Bombings 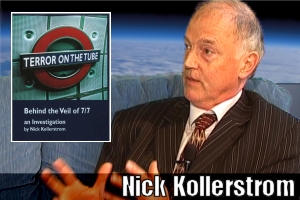 Right click, Save as
Academic, Nick Kollerstrom lives in London and has been researching the 7/7 case since it happened. He attended the Kingston trial in 2008 and also attended the 7/7 inquest in 2010 and 2011. His book "Terror on the Tube" casts huge doubt over the official "islamic suicide bomber" story. The evidence clearly suggests the event was a false flag terror attack orchestrated by authorities, and the so called terrorists were innocent patsies, duped into taking part in a mock terror training drill. This show is part one of two interviews with Nick examining different aspects of the case. Nobody should be happy with the recently completed inquest as Nick explains.
Details of Nicks book >>