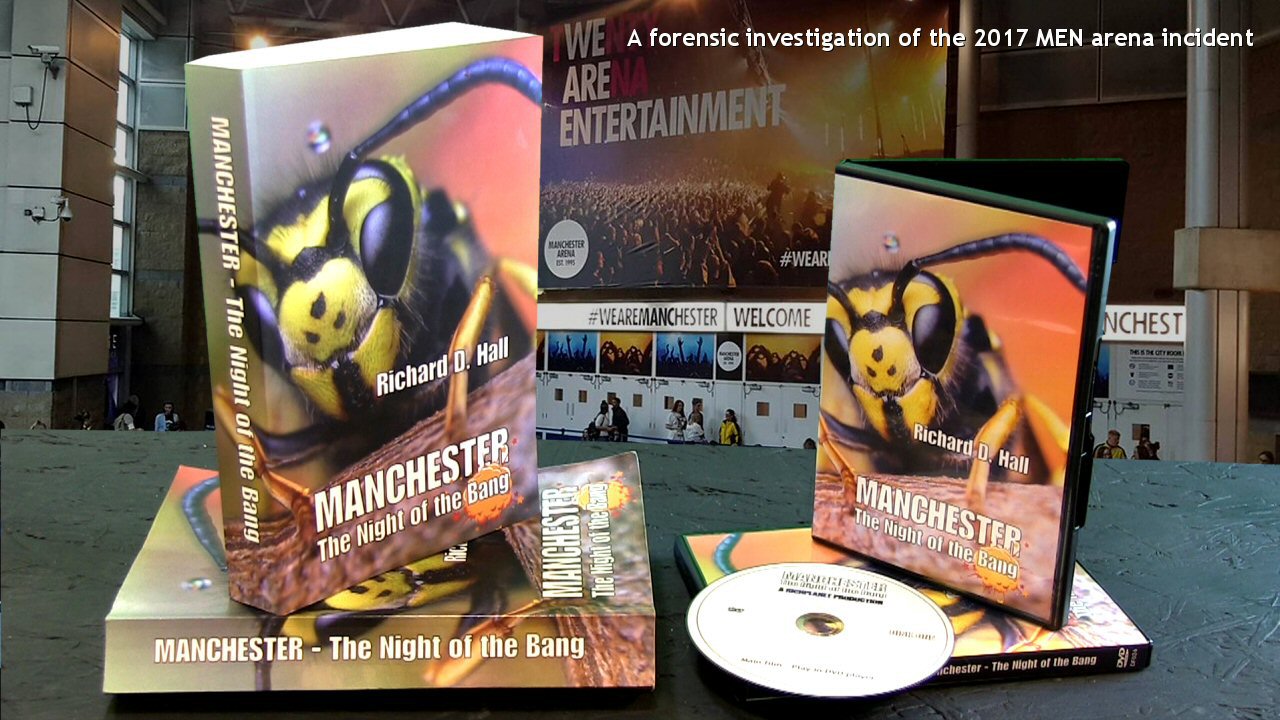 Summary of the book & film

An independent forensic investigation of the 2017 Manchester Arena “bombing” incident. 14,000 Ariana Grande fans had just finished watching a concert, when a loud bang was heard coming from the arena foyer. The vast majority of people did not witness an explosion because the foyer is a separate enclosure unsighted from the main arena. Immediately after the bang, crowds flooded out of the arena, some of them in panic. The mainstream media quickly reported that a suicide bomber had detonated a “nuts and bolts” bomb in the centre of the foyer, which they quickly claimed killed 22 people and injured dozens more. Despite the foyer being comprehensively covered by CCTV cameras, to date, no CCTV footage of the foyer area has been released for public scrutiny. Only 2 short pieces of video footage and one still photograph have surfaced showing the alleged aftermath within the foyer. Astonishingly, forensic examination of these videos and still image shows they were produced 15 hours before the time of the alleged explosion! Close scrutiny of first hand eye witness testimony and other evidence casts doubt on the official narrative and leads to the possibility that the event was a carefully stage managed exercise involving scores of enlisted participants. Richard D. Hall with help from two trusted researchers examines the evidence and builds a picture of what most likely occurred.

The film is just under 2 hours long and the book is 435 pages. As part of the investigation Richplanet has created an archive of video testimonies.

> How to buy the BOOK

> Have you seen this girl?

NEWS & UPDATES : MANCHESTER, The Night of the Bang

27.3.2020 : The launch of the book and film have been brought forward and are available to buy now.