7/7 was an Inside Job - the evidence is clear 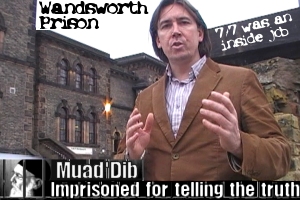 Right click, Save as
If you ignore the mainstream media lies about the 7/7 London bombings, which took place in summer 2005, and simply look at the evidence; it is as blatant as the nose on your face that these attacks were carried out by intelligence agencies and not by islamic terrorists born in Leeds. There are more smoking guns than you can shake a banana at. In part one Richard reports on the plight of Muad'Dib who has been persecuted and is now in prison for his coverage of 7/7 in his excellent film "7/7 Ripple Effect".

In parts 2 and 3 Richard talks to Rupert Sheldrake, a Cambridge biologist who has fascinating theories about the mind. There is little or no evidence that long term memory is stored in the brain.