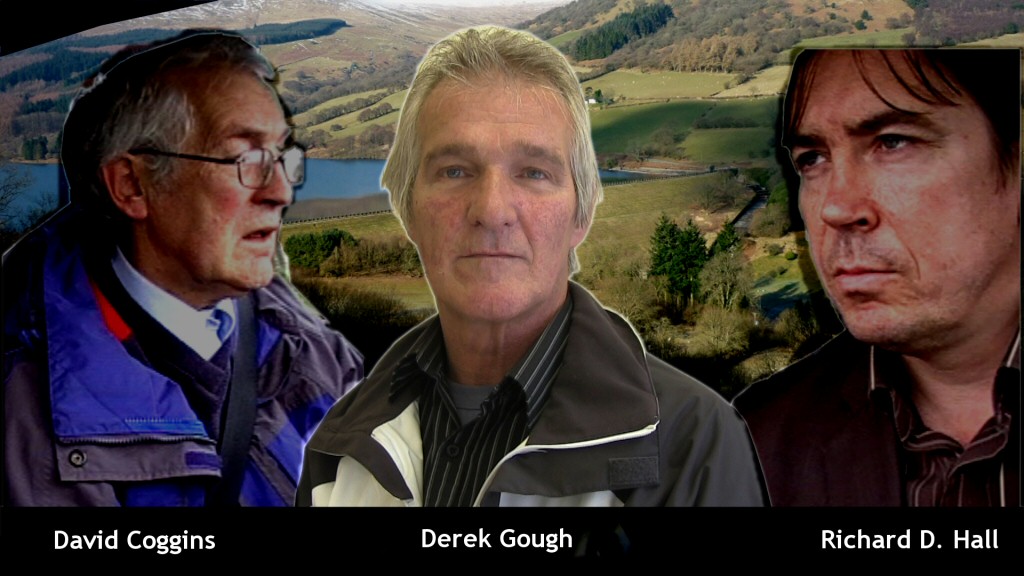 NOT AVAILABLE TO BUY ON DVD


Right click, Save as
July 2022, I received the sad news that UFO investigator Derek Gough has passed away. Derek was very dedicated to his work and was the man who uncovered the alleged military interaction with UFOs in the Brecon Beacons and other remote areas. The interview is from 2011, and up until today only segments have been published. This is the full interview transcript which contains some fascinating claims and information.

The interview marked the start of my own investigation into this subject. More information has surfaced since 2011 which is contained in my series of films, "UFOs and NATO". You can watch the full films from this link.

If you listen carefully you will hear Derek say that the military source had a pass for Minley Barracks. Subsequent to this interview I met with the military source at least 6 times. Minley Barracks is where the Royal Engineers are based. One of the squadrons within the Royal Engineers is "58 Field Squadron", who specialise in bomb disposal. Their role involved rushing to suspected bomb sites, sealing off the area then dealing with the threat. This is very similar to what the source was doing when dealing with UFO related retrievals. NATO drafted personnel from 58 Field Squadron into a special forces secret group because they had the right skills for finding and securing dangerous areas. So the name "5, 8" means a small Group of specialist soldiers from 58 Field Squadron that was used to secure UFO related finds. Hence the name "Group 58 Security."

I also now know where the car belonging to the abducted couple was found. It was in a layby in a place called Llanbedr not far from Crickhowell. And I know approximately where the bodies were eventually found. They were just South of Talybont reservoir, which is about 10 miles west of where the car was found. Note also that the bodies were found 2 to 3 weeks after the empty car was found. (Car with lights on, engine running and front seats missing). The NATO led military unit (Group 5,8) must have known that person(s) had been abducted from the car, hence their helicopter search operation which went on in this area for over 2 weeks.

Also, the bodies were not aged 16 and 21. This was something Derek mis-heard. The two bodies were approximately aged 16 to 21. ie very young adults. There are more details in RP show number 199, Part 3. I believe that the abduction of the young couple occurred on 20th August 1990. If anyone would like to try and investigate whether a young couple went missing at that time , be my guest. Its likely that the young couple abducted from their car were "courting" or "copulating". It is interesting that the car incident at Llangynidr, which is mentioned in the interview, also involved a couple having it off in the car. In other words, we have TWO incidents invovling a car in a remote part of Brecon Beaons at night, containing a couple possibly having sex, and the car being approached and interfered with by a UFO. And in one case the couple actually taken from the car then found mutilated on the ground 10 miles away. Is there a specific interest in reproduction or human eggs/sperm/DNA?

Neil Spring appeared on the scene some time after Derek released this story in a UFO Magazine called "Global". Spring persuaded Derek to hand over the audio tapes that he had secretly recorded of conversations in the car with the military Group 5,8 source. Spring then allegedly put them in his locker at Oxford University and claims they were stolen from his locker. My opinion is that I suspect Neil Spring was sent on bahalf of some authority or group, to clean up and remove any tangible evidence that Derek Gough had in his possession (which he seemingly did).

I am not sure of the whereabouts of David Coggins or whether he is still alive. But if you listen carefully in the interview you will hear that Coggins recorded an interview with Derek in 1998 while all this was going on. This was a video recording on VHS tape. Myself and Derek Gough have tried to get this tape from David Coggins but he has never produced it. Derek was certain that Coggins still had it. This would be interesting to watch. If anyone knows where David Coggins is can they have a word with him and get the VHS tape off him. Similarly Neil Spring, "stolen from his locker", my arse.

This explains why that when I met the military man, he searched me carefully before he told me anything. He wanted to make absolutely sure I was not recording him.

Some may also be aware that the infamous James Casbolt has also put out details of this story. Casbolt got his information from David Coggins. Coggins who for reasons only known to himself drove down to Cornwall to give the information to Casbolt. In my opinion, this might have been so that the information could be tarnished or doubted by most if it were put out by the likes of Casbolt.

David Coggins was also for some time part of the APFU who investigated animal mutilations. Let's just say I didn't 100% trust him and I thought he might have been keeping tabs on Derek. Although I don't know this. I just got that impression.